We interview Kalev Rundu, a Product Owner within Veriff and the spearhead behind our first-ever hackathon, which took place in December. He tells us about the beginning of the idea, the amazing pitches, the winning team, and what happens next.

Veriff's first ever hackathon took place from the 2nd-4th December 2020, and was a storming success. We spoke to the driving force behind it, Kalev Rundu, all about the experience and what happens after the competition.

Veriff has successfully completed its first hackathon ever. Kalev, you as the initiator, please tell me how this idea was born and why did you decide to do it?

I’d have to say the main driver to put this in motion was the timing and momentum it carried. Hackathons are not a rare sight in the software development industry and especially in the local and global tech startup scene they are more of a tradition, actually. Coming from Pipedrive, I got to see and experience what a significant part of the company culture hackathons are, and how much heavy-lifting they can do, and the enormous role hackathons have had in Pipedirve’s success story (from the early days to the present).

Although this year was a big challenge in many ways with its ups and downs, all-in-all it was a good year for Veriff. We got a lot done by executing like hell, and jumping over our own shadows every now and then. The chess pieces were brought into position for 2021 and the momentum was right to have a peek also into the far future, and furthermore, to pull and leverage ideas from all departments, to include them into the product development process.

And no less important, there was a social need to swim up for a well deserved breath of air, to have some fun, a bonding experience to elevate each other, find new energy, work with new people and I also really wanted to see what happens, when this brilliant bunch can unleash their creativity and roam free for 48h.

To sum it up - the time was right and we were ready for it.

It must have been extra challenging because it was pretty much a fully virtual event. How did you manage or have people become so used to the remote existence that it made no real difference?

Although some smaller teams also met physically, organizing people into teams is definitely way harder virtually. I don’t necessarily think it was in that sense much more challenging than any other interaction that has been forced to make the switch online, but my guess is that the team dynamics were different. Not better or worse, just different. I think it worked out so well, because the teams have indeed become more adapted to remote work and have found best practices to be efficient and navigate through the challenges of virtual teamwork. Personally I truly missed the doodling around on the whiteboard part.

Pulling an all nighter in the office, getting only a few hours of sleep under your office desk on a bean bag and having cold pizza leftovers for breakfast definitely has its own magic to it. As do face-to-face discussions. Since we all in Veriff like each other and long for human interaction, I hope we can do an on-site hackathon soon as well.

So, how did the hackathon go? How many teams came forward? What type of ideas did they present?

It went exceptionally well, I’d say. The first time is always a charm, this is how we knew from the start it would be something special. Actually, the genuine joviality and excitement you could feel in the air, when we first started spreading the idea on a more or less rumor level, was a good indication already.

We had 20 idea pitches after which 11 teams were formed. In total we had a participation rate of 25% of the company, which is pretty impressive. The spectrum of ideas was gratifyingly broad and ranged from real moonshots, of how we could use cutting-edge biometrics technologies in identity verification and multi-factor authentication, inhouse deployment tooling augmentation, very promising and completely new ideas to compliment our future product portfolio, through to interactive games for end-users to keep them engaged while they wait for their verification result.

The teams set a very high bar for the future. I’m a big fan of working under time pressure, not rationalizing everything to death, and what it will do to your creativity. It’s only our perception of time pressure that needs altering. Forget about time, and think about ideas, clear your head, let the ideas roll. And we delivered. Coming up with ideas is good, we do it daily, but what makes the difference is the execution.

What were the winning ideas?

The winning project was a solution called Canary Releases - a software testing technique used to reduce the risk of introducing a new software version into production by gradually rolling out the change to a small subgroup of users, before rolling it out to the entire platform/infrastructure. The solution was technically really mature and the idea was hugely popular as it enables the rest of the company to innovate and experiment even more, thereby significantly mitigating the risk associated with new code through the incremental rollout. Also, the team did a really good job on the demo, which left the jury impressed.

What is going to happen to the ideas now? Are any of them going to be implemented?

Some already are, some are in the process of being implemented, some need a bit of refinement and some others are waiting for their time. I really liked that many of those ideas contributed to the acceleration of our future foundation and helped us visualize where we want to move in the context of not only the coming months, but years. The best way to predict the future is to create it. Visualising our goals now will help us understand the steps we’ll need to take to get there.

What was the most exciting outcome of the hackathon? (Ideas, Vibe, etc)

The mindset shift and the culture of innovation. Many of our engineers and product people have maybe already been around the Hackathon block a few times, but we had a lot of first-timers from other departments and lemme tellya, those gifted and talented individuals had the most amazing ideas. Oddly enough, some of the initially most hesitant ideas were the most edgy ones eventually. So I’m ecstatic that we managed to create an encouraging and favorable environment for innovation, active participation in quickly implementing ideas and everyone in the company can step up and pitch their ideas. It would have been a true loss, when I imagine that some of those ideas might not have seen the light of day. Yikes.

Secondly, the excitement and energy of the participants and the impact on team relationships and as previously mentioned, the acceleration of our future, fun memories and bragging rights for the winning team.

What is the wider benefit of having a hackathon?

Besides the cool ideas that come from it, they support a culture of innovation and are great for re-energizing the team and an option to getting aligned company-wide. They boost morale and are good for the soul, just like fun and chocolate.

When is the next Veriff hackathon? Is it in the plans already?

Not yet, but I hope we have now initiated a tradition of having hackathons regularly in Veriff and fingers crossed we can even turn up the heat next time and get crazier. 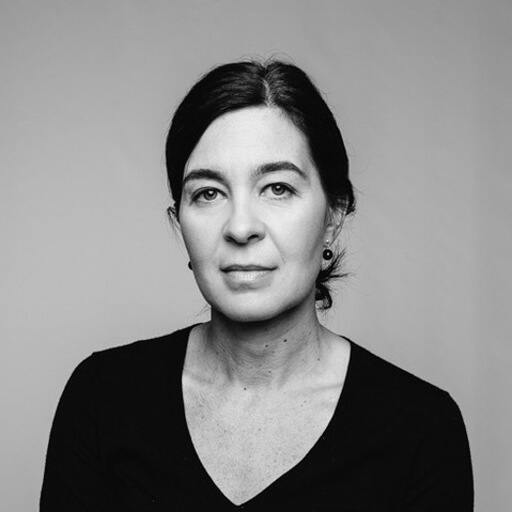 Karita Sall is the Head of Global Communication at Veriff. Karita has been working in the field of communication for over 20 years. During that time she has helped many organizations to tell their stories including start-ups, global corporations, government bodies as well as non-profits.

Back to Our people

Our Chief Product Officer, Janer Gorohhov, takes a look at our incredible product developments made throughout 2020 and what you might have missed.

We’re finally into 2021, but we still need to take a quick moment to look back over what our fantastic product teams got done in December 2020.

No Challenge Too Difficult

Kateryna Porshnieva, sitting in her house and surrounded by greenery, took some time to discuss how and why she joined Veriff as the Engineering Team Lead and about her life in Ukraine before moving to Estonia.

Back to Our people